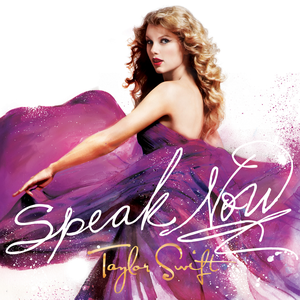 Speak Now is the third studio album by American singer–songwriter Taylor Swift, released on October 25, 2010 by Big Machine Records. Production for the album took place during 2008 to 2010 at several recording studios, and was handled by Swift and country music producer Nathan Chapman. Written entirely by Swift, Speak Now expands on the country pop style of her previous work, and features lyrical themes concerning love, romance and heartbreak. Speak Now received generally positive reviews from music critics, who complimented Swift's songwriting and themes. The album debuted at number one on the US Billboard 200 chart, selling approximately 1,047,000 units in its first week. Due to strong digital sales, all fourteen songs from the standard edition of the album charted on the Billboard Hot 100, with the lead single "Mine" having the highest peak of number three. It was also an international success, charting within the top 10 in several countries, including Australia, Canada, and the United Kingdom. According to Swift's label Big Machine Records, as of September 2011, Speak Now has sold over five million copies worldwide.As of 2012, the album has sold 4,005,000 copies in the United States and has been certified quadruple platinum by the Recording Industry User-contributed text is available under the Creative Commons By-SA License; additional terms may apply.